Definitely a good day when you find this song* waiting for you first thing in the morning:

Especially when you feel the same way about the guy who sent it to you.


And it only gets better when you turn around and see this written on the chalkboard: 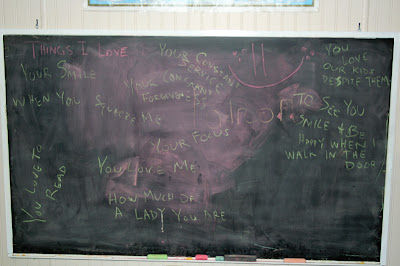 Especially when you've been somewhat on edge and hard to please the last couple of months little while.

The only thing that could make the day better is if your kids would stop fighting and running around like maniacs.

But that's probably just a little too much to ask.  :)

*I may or may not have a slight crush on Mindy Gledhill.  Her music just makes me happy.
Posted by Bita at 12:41 PM No comments:

Isaac does!  We were graciously given some hand-me-down shortie pajamas which instantly became Isaac's favorite.  The first time he came out in them he had them pulled all the way up his belly so they were super super short.  I didn't stop laughing for a long time and I still get a good chuckle every time he wears them. 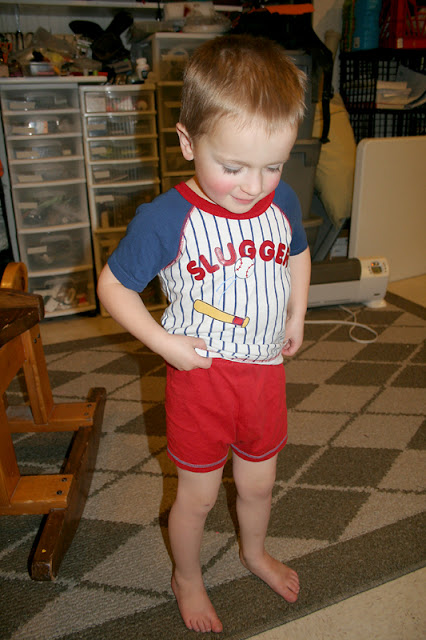 This kid really values his comfort.  He would choose to wear elastic waist shorts and old stained t-shirts every day of the year if I let him.  Even in the dead of winter he will often change into comfy shorts by noon, or whenever we come home from being out since I refuse to let him wear them out when there is snow on the ground. 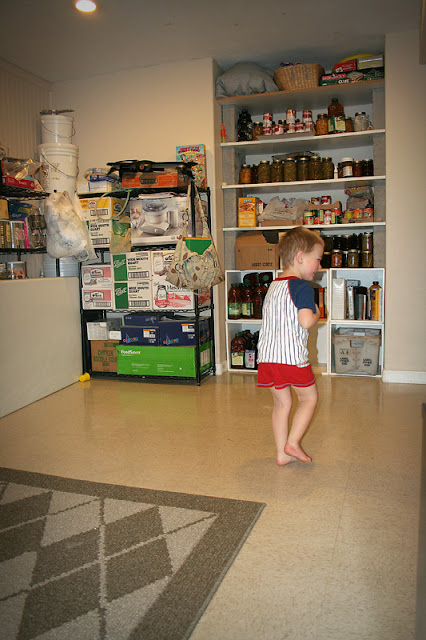 I'm not sure how, but I managed to produce three mammas' boys. I swear, I'm not even that nice to them!

Last night Chris and I tried to go out on a date.  The only one that was going to be home that night was Ben, so I asked if he could watch the kids for a while.  I figured I could just leave the big boys with a movie, and Elijah likes Ben a lot, so I thought he would be fine.  Well, it's a good thing we had just decided to go shopping* because Ben called after we had been gone just under an hour and told us through wailing in the background that Elijah had been pretty inconsolable for a while.  So we finished up and went home.  As soon as I took the baby from Ben, he was completely happy and we went downstairs to finish watching the movie with the boys.  Elijah was SOOO pleased with himself at having gotten me home that he bounced up and down on my lap smiling and laughing, making faces at Chris etc.
Once the movie was over I handed the baby off to Chris so that I could read to the boys since it's pretty hard to read while a baby is constantly grabbing pages. As soon as he left my arms the hysterics were instantly turned back on.  It was pathetic and yet comical.  Chris did everything he could to calm him down and make him happy even coming and sitting him right next to me on the couch, but nothing helped. Finally he told me to give him the book and I should take the baby at which point both William and Isaac started freaking out saying that they wanted MOM and ONLY MOM to read to them!!!

So what else could I do but grab the baby (who shut off the water-works with miraculous speed) and continued to read the best I could. This next picture pretty much sums up how I felt, and really what my life is like a surprising amount of the time. I told Chris he might as well climb on too because there was still plenty of room.  See-both of my knees were actually empty. 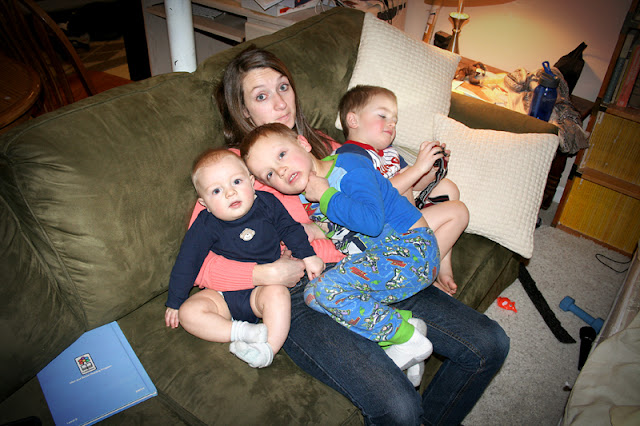 After I finished reading and we said prayers (in the position of the picture above) Chris grabbed the big boys and took them to their beds.  They both threw tantrums as big as the baby had been throwing a few minutes previously.  From their room came wailing and wailing and wailing as they cried for me to come sing to them.  Chris told them enough was enough and that he would sing if they would stop crying. They didn't stop, so he said goodnight and walked out.  I just sat on the couch and laughed.  Because seriously...there's a limit.

*Be jealous ladies. Not only did my husband WANT to go shopping with me on a date (it was his idea I swear), but he also told me that for his birthday I should just get myself some new clothes.  Like I said - be jealous.


We had preschool over here this week and on Tuesday one of our activities was shaving cream finger painting.  The kids LOVED it! I was surprised at how much they loved it.  I couldn't get them to stop playing with it.  The letter for the week was O and the number 8, so we practiced writing them in the shaving cream: 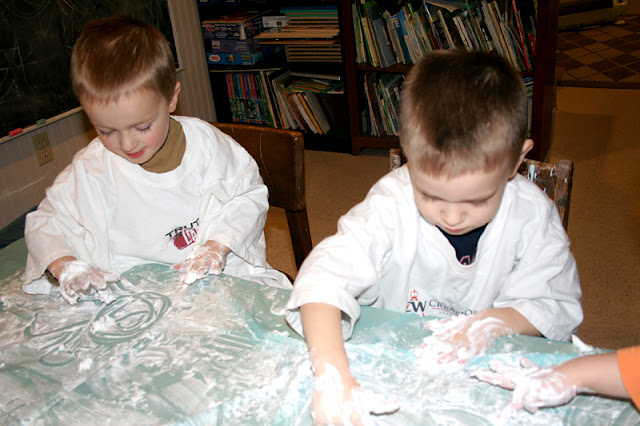 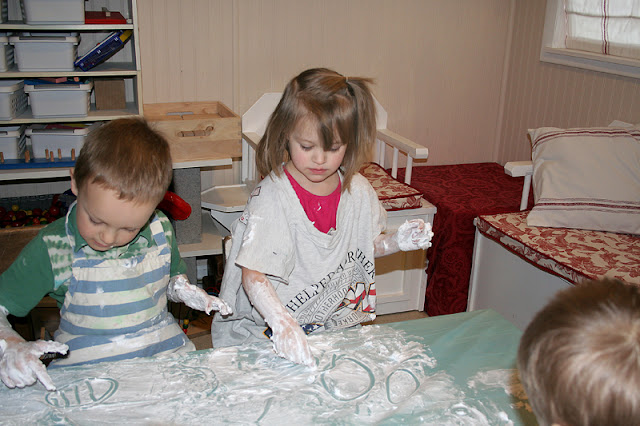 Inevitably, the kids ended up having the most fun giving themselves "zombie hands".  Here they are showing them off.  The mess was actually pretty containable until they all went into the bathroom to clean up and then it was shaving cream on the walls, floor, cabinets, sink, bathtub, toilet.  You name it, there was shaving cream on it.  It was worth it though, because they had so much fun. 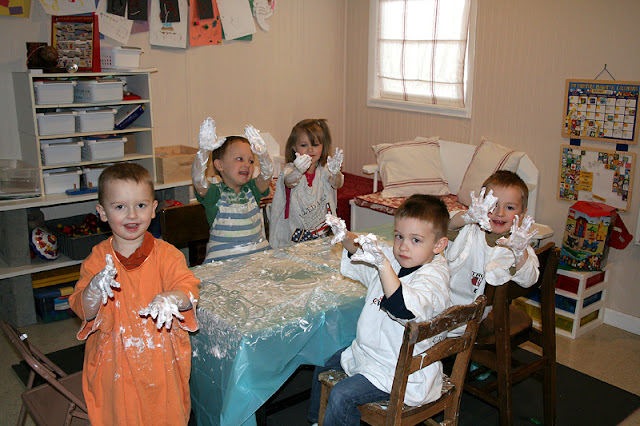 When I was a little girl my parents made me a shirt that said, "I can do it BY MYSELF".

Well, William is my son in that way, and I have been trying harder to let him be more self sufficient instead of making him let me do things for him.  Here is the breakfast he made for himself this morning.  I did spread the butter on the english muffins, but other than that I think he did it all.  Yes, I did supervise the use of the stove, but I let him do everything. Not bad for a 5 year old, I'd say! 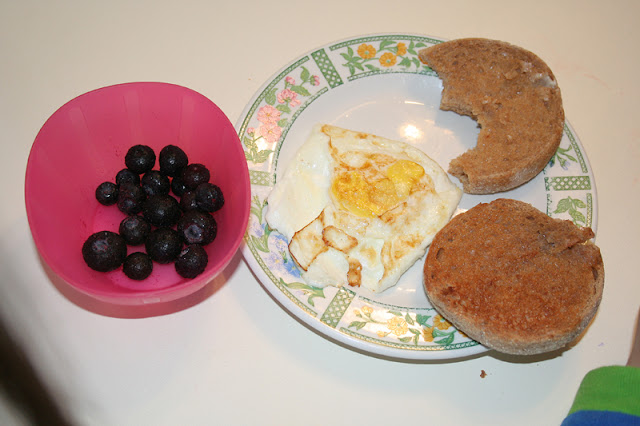 I tried to get a picture of him with his food, but he was being so silly that this was the best I got: 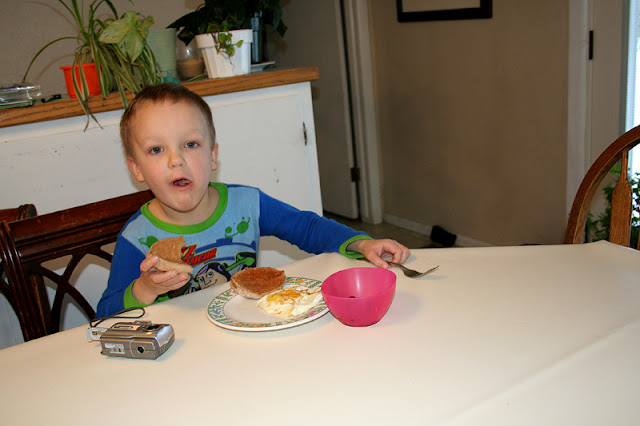 And of course, Isaac wanted me to take a picture of him eating too. 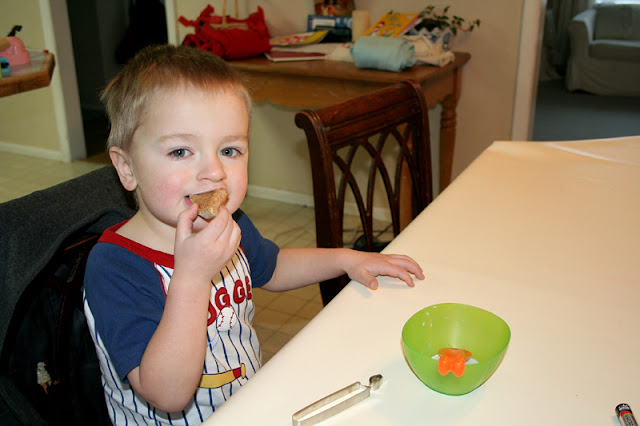