How is it possible that this little boy is a month away from being a one year old? It seems incredible to me! But then again, when I think about it, the nine months I was pregnant with him seemed to last at least 2 years so maybe this last year has just been catch up and time will slow down after this.

Some things about Elijah right now:

He is still very attached to Mom, although he is independent when he wants to be. 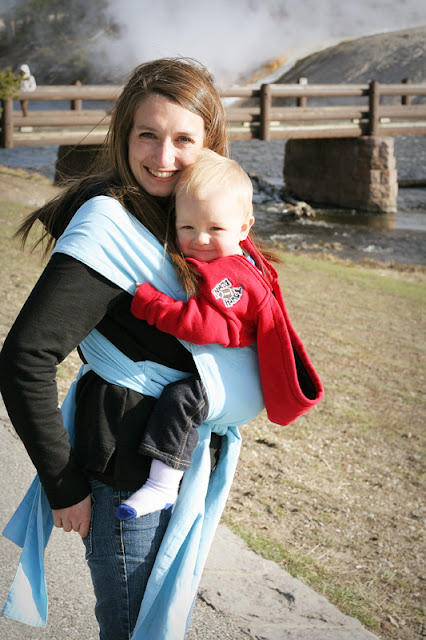 He has started getting more confident standing on his own, especially when he is busy with something and isn't paying attention.  He has also taken a few steps in the last few days, although after one or two he sits down to crawl. It's just so much faster!

He folds his arms when we pray.  Cutest thing ever!

His tongue is constantly sticking out.  He's basically a little puppy dog crawling all over the place with his tongue out and eating everything off the floor.  Gross!

Still no teeth, although his top two are starting to look pretty bulgy. I can also feel something starting to push up on the bottom and today his cheeks were rashy and his diapers yucky.  Maybe we'll just get it all over with at once?

I'm pretty sure he did his first attempt at a sign the other day.  He was definitely gesturing at his mouth and was obviously crying for a drink...so yeah. I concluded it was his attempt to sign "drink".   He also kind of does the "all done" sign, although I'm not sure if he is saying all done or just wringing his hands in frustration that he can't get down from his chair.

He has developed a certain controlled scream that he does deliberately if he is not happy about something. He has recently started sobbing and dramatically holding his arms out to me when he wants me to pick him up and the other day he was started screaming at Isaac because Isaac had a toy he wanted.  I swear it starts younger with each one. 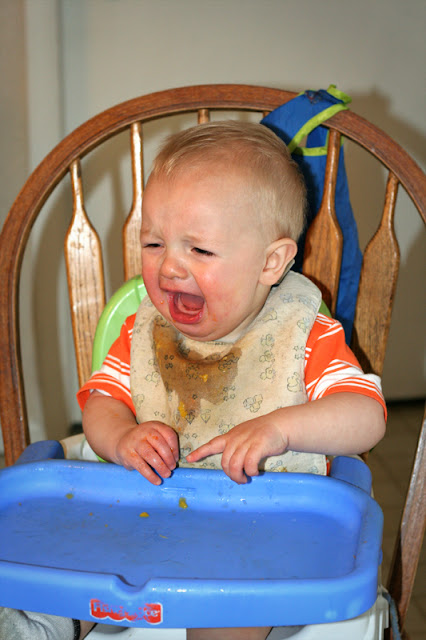 He loves to dance! Turn on music and this kid will wave his arms, bend his knees and move his hips like nobody's business.

He has also definitely entered the "destruction" phase.  He can pull everything off the shelves, out of the cabinets, out of toy boxes (especially when we are trying to clean up) and so forth quite happily.

He loves attention and will ham it up if everyone is watching him.  He also loves to flirt, especially with the people behind us in sacrament meeting.

He wants to eat everything we eat and gets frustrated when he can't have something. I still haven't convinced him about the deliciousness of avacado, but I think he is gradually warming up to it. 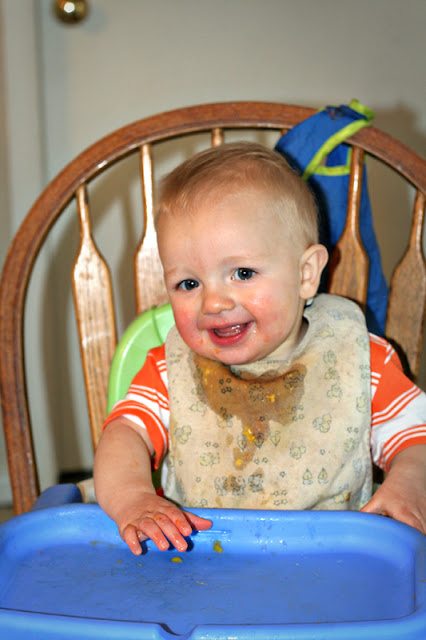 He sleeps-erratically.  When he was a little baby he was an excellent sleeper and I had high hopes for him.  But alas, no.  I pretty much can't count on anything, although he does seem to be getting better and better about taking more regular naps.   Not so much on the night sleeping thing. The one thing I CAN always count on is that he will wake up as soon as I lay down and start to relax.  Without fail, no matter what time it is.

We call him "Baby" and refer to him as "the Baby" more than we use his actual name.

He loves his brothers so much. He especially loves when they get down on the floor and play follow the leader crawling style.  They can make him laugh like crazy!

He had his first haircut last week.  I wanted his hair trimmed up because it was pretty uneven and crazy, but then I was so sad after we did it. I loved his cute little soft curls in the back and it just made him seem so much more grown up to have it trimmed up like the other boys.