Two of our chickens started laying eggs! We didn't expect them to start till the end of July or into August so it was a nice surprise.

Here's the very first egg we got which was about a week and a half ago. A few days before it laid this egg our chicken had a run in with a neighbors dog, which, luckily it escaped from with only a bunch of feathers pulled out. I went a little berzerk at that dog...ahem. I guess I am more attached to these chickens than I thought. Anyway, after we found the egg William said, "I think that the chicken was so scared of that dog that it laid an egg!!" :) That one made me laugh. 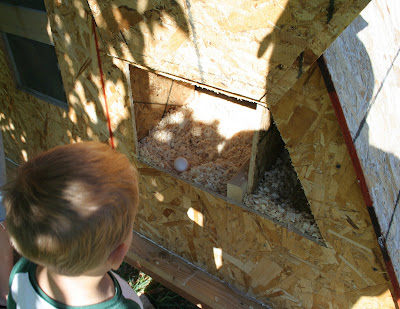 Allie now lays every morning between 9:30 and 10. The first thing William wants to do every morning is check the egg box, and I have had to strongly discourage him from actually pushing the chicken off of her newly laid egg. He does make sure to always tell the chicken thank you for leaving us her egg, so I guess that's positive.

He has also taken to asking to eat "a chickens egg" pretty much every day. We have tried to convince him that the ones we buy at the store are from chickens too, but he doesn't go for that. It has to be from one of our chickens.

Then, just yesterday, we got our first brown egg! Here are the boys checking out the egg box. 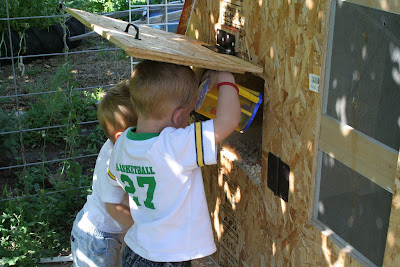 We had to convince William to let Isaac get this one. On a whim I did his hair in a mohawk yesterday. Tim said that the scratch on the side of his nose looked like a nose ring and that the combination made him look like some punk kid. I thought it was kind of cute. 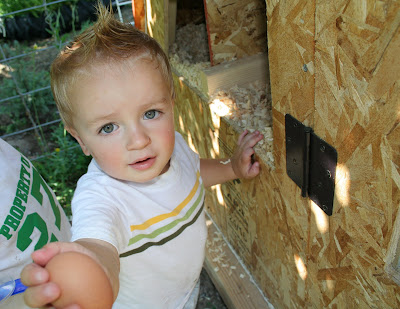 And here are the ladies pecking around in the yard. They were coming to get a drink out of the hose. We sure love having them! 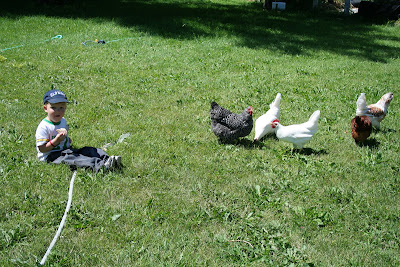 What do you do when the power goes out?

We thought about going to bed early and getting a good nights sleep. But...NAH. Taking awesome pictures with glow sticks is WAY cooler! 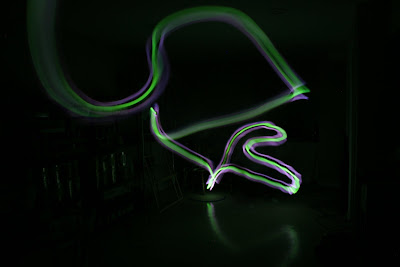 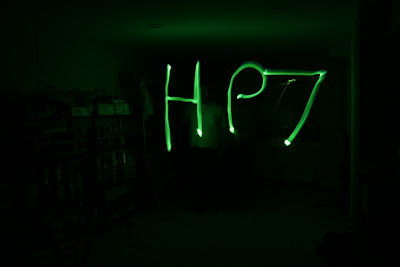 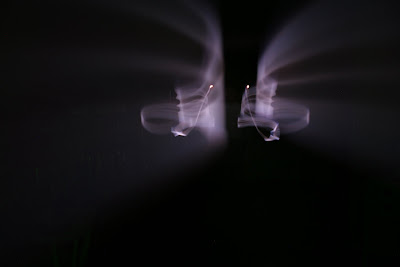 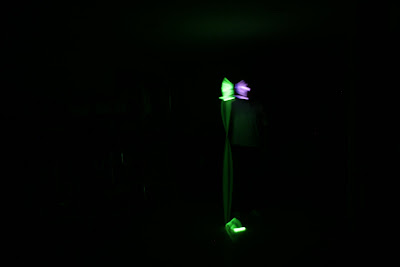 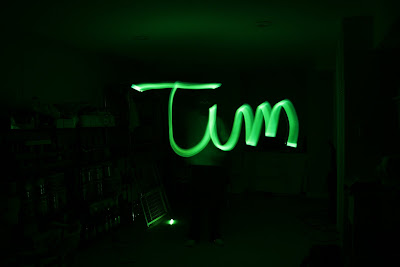 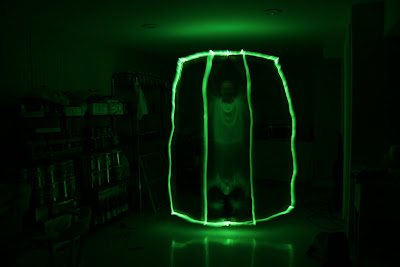 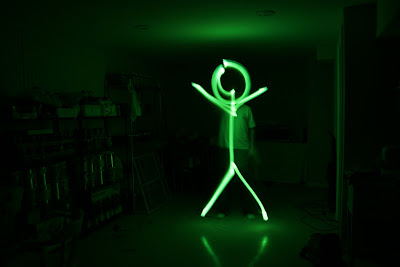 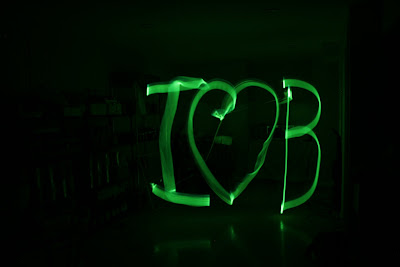 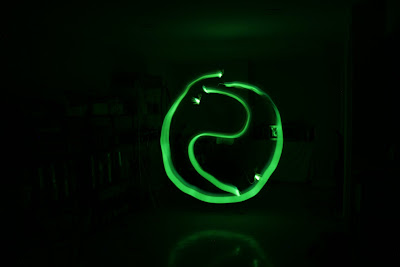 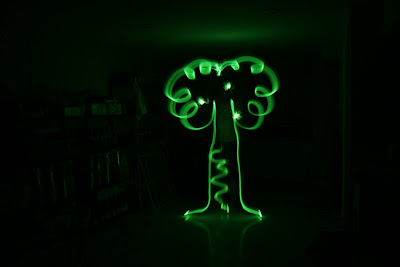 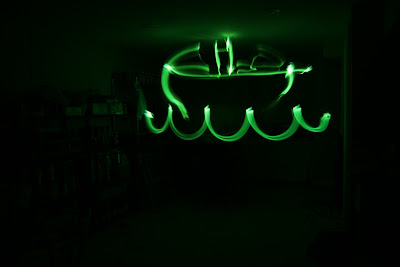 To Bone and Back

Chris and I ran in the Bone and Back relay again this year in June and had a lot of fun! The birth center my mom works at sponsored 3 teams. The total race is 40 miles and the teams are 8 people with each running 5 miles. We ran on one with my mom and our friends Kristel and Collin. My brother Tim and sister Mary ran on one of the other teams. Here is a sketch of the course and each leg. I ran leg 2. Yes, that's the one that pretty much goes straight up. Chris ran the same leg, just the other direction, so he got all the downhill, but also got the heat and the wait.

Here are some highlights:

I didn't get any pictures of my mom running the first leg :( but she did awesome, especially considering the kidney stone that she had been dealing with for the last couple of days!

2nd leg: Me, powering up the hill. I did it in just under 54 minutes which I was very happy with, considering the hill. 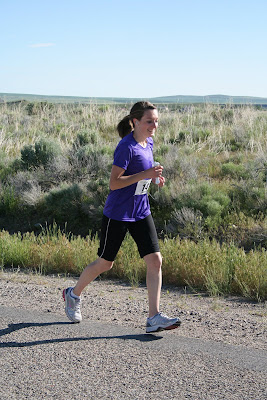 3rd leg: Katie, being silly :) This woman had a baby 4 months ago. Can you believe it?! 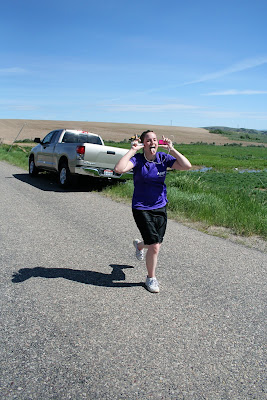 Katy's 4 month old baby girl joined us for the day and was really good. She had a hard time when her mom left to run and here I am trying to calm her down. She was okay for me for a minute, but it was Kristel that had the magic touch and was able to get her to sleep. Must come from having girls! 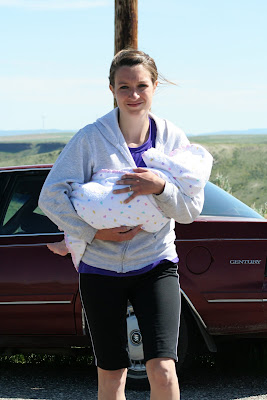 4th leg: Kristel looking good as always! She did amazing and ran her whole leg in really good time. She ran the same one last year and it has some really good hills, so she had to walk some. Her goal this year was to do the same leg, but to run the whole thing and she totally did it! Way to go Kristel! 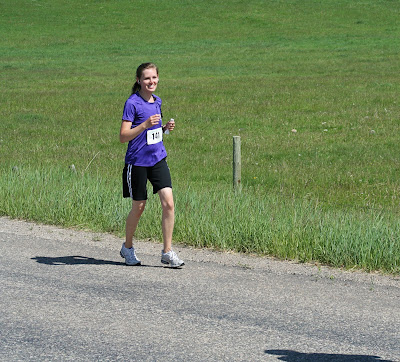 5th leg: Here is Diane and her sweet neighbor Amy who came and ran (well, walked for her because she has such long legs) the whole 5 miles with Diane! 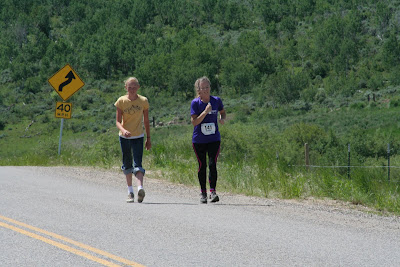 6th leg: Brooklyn, who joined us the week of because someone else dropped out. It was hilarious because we kept trying to cheer her on, but she had her hard rock music up so loud she couldn't hear anything! We had to mime to ask her if she wanted water, or sprayed off. I kept forgetting and trying to talk to her and it was pretty embarrassing. :) 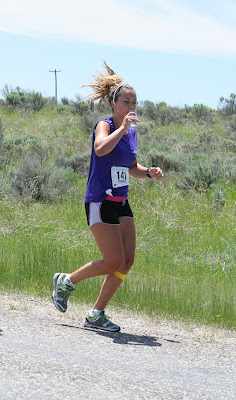 7th leg: Chris ran this one, and I was driving so I didn't get any pictures of him running :( but here is one just to show how awesome he is!! Ha ha! 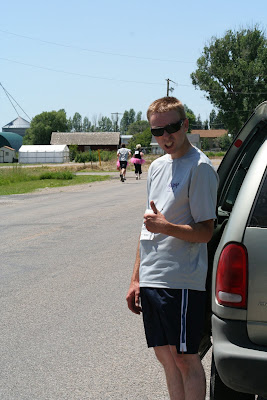 Here's Diane with the awesome thing we used to spray each other off when we got hot. Don't worry, it's never had weed killer in it! Seriously, it's amazing though. Every team should do this! 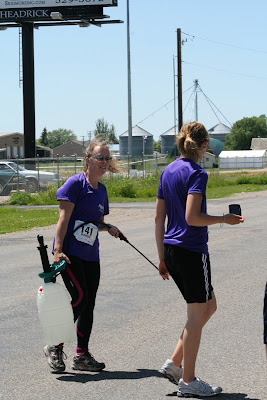 8th leg: Collin brought it home! It was so hot by this time that we gave up trying to spray him and Kristel just started dumping whole water bottles over his head. What a sweet wife huh?! 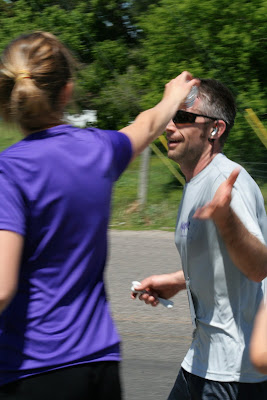 Here's a picture of all three teams together before the race started. The other teams were so fast we only saw them once, when they were going the other direction. 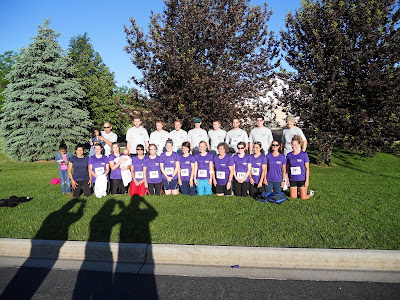 Our team at the finish. Brooklyn had to leave after she ran to go to work, which was a bummer. I think my mom and Chris are sharing some private joke, what do you think? Maybe it's the fact that they are both holding ice cream? 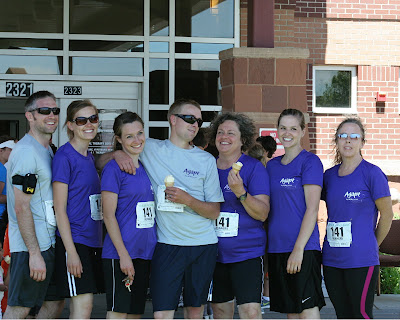 Here's a picture of most of Tim and Mary's team. They both did great. Tim ran his leg (probably the 2nd hardest) in 30 minutes, and still got out and ran with the other team members to encourage them. Then when they were waiting for our team to finish he went out and ran another 4 miles because he is training for a marathon. What an animal! 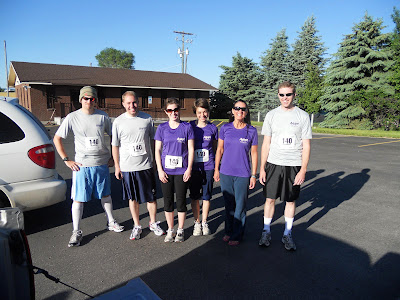 And finally, here is William enjoying his ice cream at the end. We were so grateful to my dad who watched the kids in the early morning and brought them up to see me run, and to Chris's mom for watching them the rest of the day and bringing them to us at the end. They are definitely our biggest fans! It was so fun to hear them whooping and hollering at me while I was running! 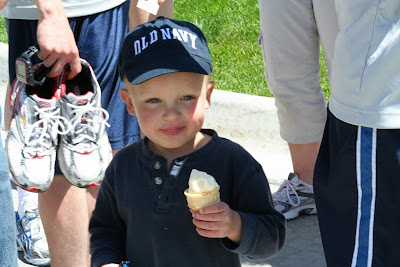